The idea behind PolREFF is to fight smog, protect the environment and improve housing conditions by providing loans for the modernisation of houses and flats. The loans are issued by the participating banks. Customers who benefit from PolREFF financing also have the possibility to take advantage of the Tax Relief and deduct the costs from their income.

The European Bank for Reconstruction and Development, which is the initiator of PolREFF, together with Taiwan Business EBRD Technical Cooperation Fund and the Polish Ministry of Finance, have provided PolREFF with tools and technical support helping customers to choose the most energy-efficient products and materials for their home modernisation.

PolREFF fights smog by providing financing for investments to improve the energy efficiency of your home.

Smog is a word of English origin resulting from a combination of the words smoke (smoke) and fog (fog). Smog is an atmospheric phenomenon caused by the mixing of fog with smoke and fumes. Air pollution such as smog is caused by harmful chemicals such as suspended particulates, sulphur oxides, nitrogen oxides and polycyclic aromatic hydrocarbons (PAHs) that can cause cancer or other diseases. There are two types of emission of harmful dusts and gases – high emission and low emission.

Some of the main causes of air pollution are:

In Poland, the main cause of air pollution caused by the carcinogenic benzo(a)pyrene is the so-called Low Emissions. This includes primarily the release into the atmosphere of solid fuel combustion products from sources located at an altitude of less than 40 metres and used to produce heat for central heating and domestic hot water in homes. Another important source is emissions from road transport.

Smog in Poland and Europe

According to the European Commission, Poles breathe the most polluted air in the entire European Union, which results in the premature death of approximately 42,000 inhabitants of our country every year.

According to the latest WHO report, 36 of the 50 most polluted cities in the European Union are located in Poland. The ranking has become worse since 2016, when 33 Polish cities were included in the list.

Low emissions, i.e. those occurring up to 40 metres high, result mainly from heat production in detached houses, using solid fuels such as coal or biomass to satisfy the needs of Central Heating (CO) or production of Usable Hot Water (DHW). Combustion often takes place in oversized boilers that do not meet any emission standards. Very often such boilers burn municipal waste or other waste of coal origin, i.e. sludge or fines. The combustion releases large amounts of dust, sulphur oxides, nitrogen, benzo(a)pyrene and many other pathogenic pollutants into the atmosphere. 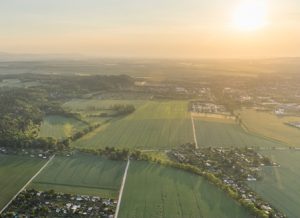