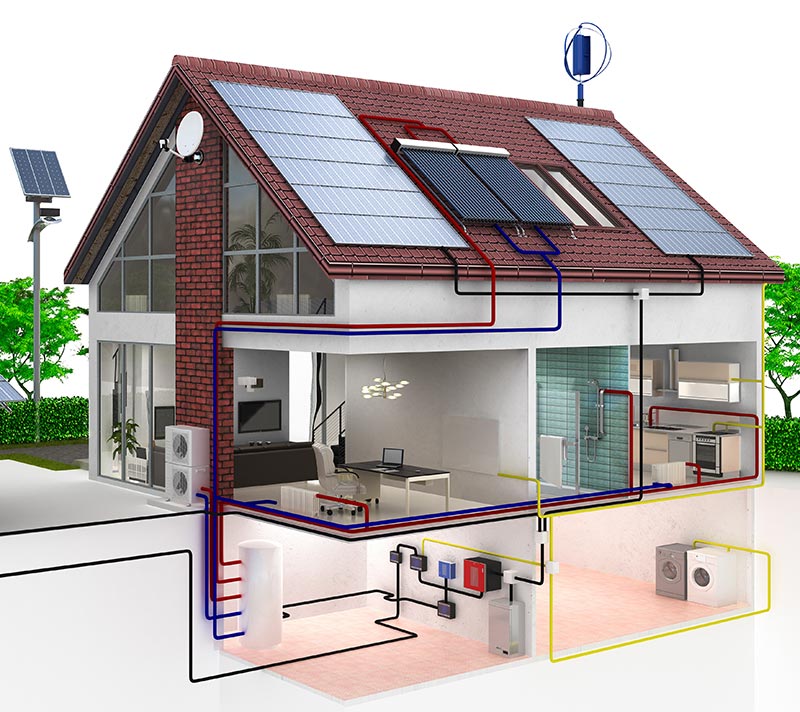 Photovoltaics can be installed in order to have free electricity from sunlight. They are most commonly installed on roofs (see the picture on the right – system that collects electric energy).

Photovoltaic systems have features that can be as important as the ability to generate electricity.

Reliability –hotovoltaic modules are one of the most reliable sources of electric energy ever created. They have no moving parts and can last decades without maintenance.

Simplicity – photovoltaic systems contain few components and are easy to maintain and operate. They can be operated by people who have no knowledge or qualifications to operate generators powered by fossil fuel.

Modularity – under certain sunlight conditions, the amount of electric power supplied by the solar cells is to a large degree defined by the size and number of photovoltaic modules installed in the system. When more modules are installed the system generates more power. The capacity of the system can be increased according to the needs and availability of funds.

Noiseless – photovoltaic systems make no sound while in operation.

When to invest in a photovoltaic system?

Photovoltaics are worth considering in order to reduce electricity bills. The basic pre-condition is to have a large unshaded roof surface preferably facing south.

The payback period is between a few and up to 20 years depending on the size of the installation and so should be considered long term.

Another though intangible reason for investing in photovoltaics is to be environmentally friendly as energy generated by photovoltaics reduces coal burning in Poland. 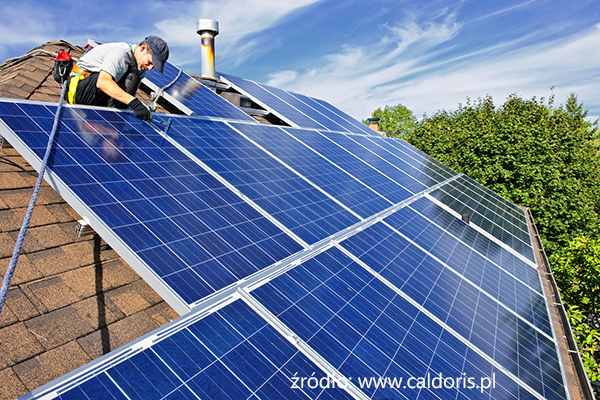 What to look out for?

The most important aspect is to determine whether you wish to install a stand-alone system without connecting it to the electricity grid or one that is connected. The first option is more expensive because it must be integrated with an electricity storage system or batteries. The second option is cheaper but it requires agreement with the electricity supplier and a bi-directional electricity meter must be installed.

The market offers a wide range of panels of different size and capacity. Panels integrated with the roof and walls of the building are available as well as semi-transparent modules that can be installed in windows.

Photovoltaic systems installed on roofs can generate a couple of kilowatts. In theory they can support all electric equipment in a home. However in practice, due to Poland’s geographic location the amount of sunlight available is insufficient to generate enough power.

This issue can be resolved by using a system connected to the grid with a significantly larger battery and larger surface of photovoltaic panels. Unfortunately this is a very expensive solution.

When buying photovoltaic modules it is important to pay attention to the following parameters:

Power at peakis marked with Wp. It shows how much power in watts (W) can be achieved from the photovoltaic module at its peak performance. It is important to keep in mind that panels lose 0,5% of power annually.

Nominal power tolerance means that the actual power of the photovoltaic module under defined conditions will never be lower than the value declared by manufacturer, but could be a bit higher. The tolerance should always be positive and vary between 0.5% and 5%.